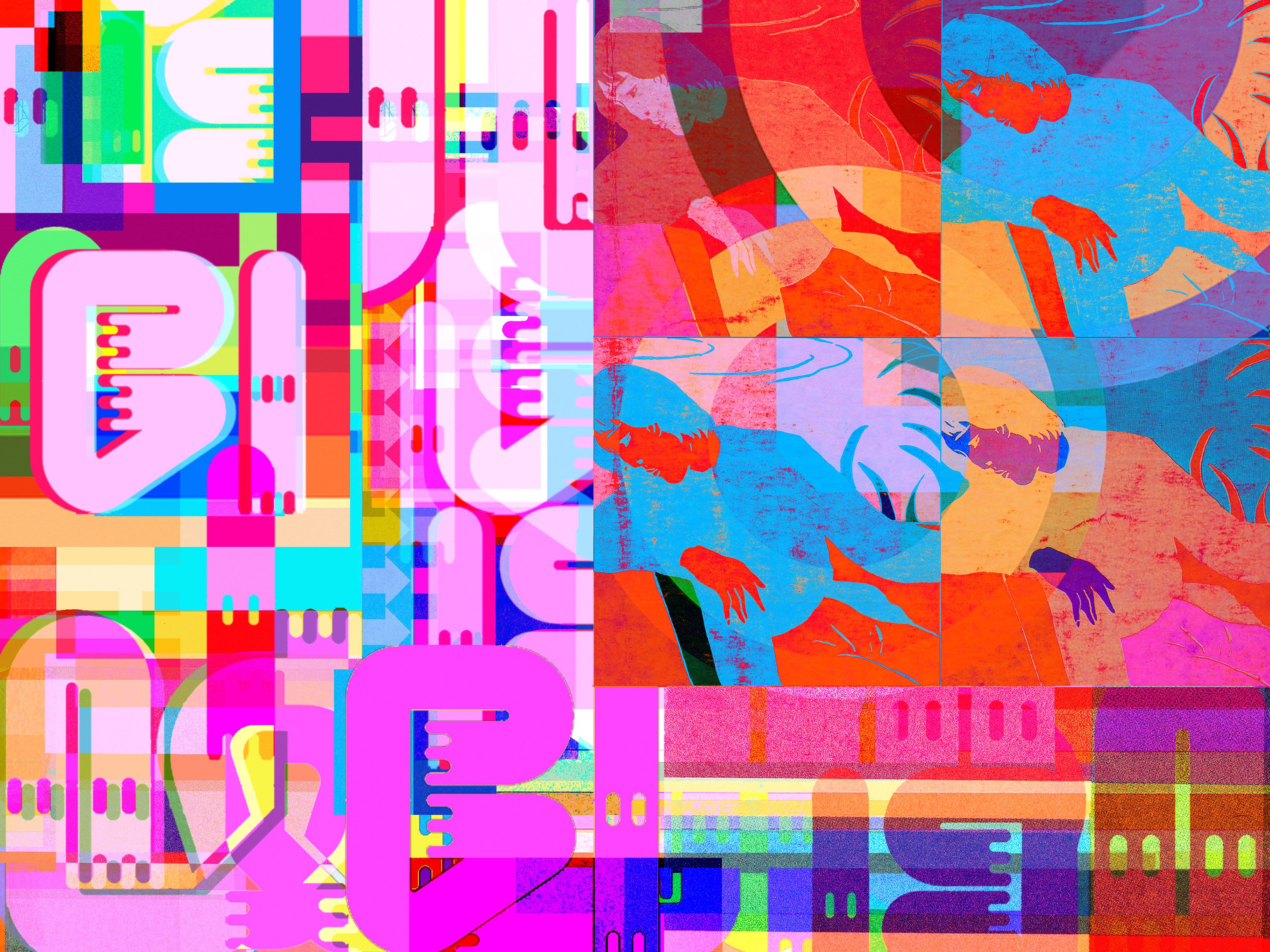 If I had a dollar for every time I've been asked to make a product fun, I’d have like... 43 dollars. But still, that's a lot of times! Fun is one of those words like good, love, and art: so simple and all-encompassing that it eludes definition. So, what do we mean when we strive to make a product more “fun”?

Most interfaces are bound by rigid systems that immaculately align elements to a grid, creating a sense of rhythm and unity. However, in interface design, ‘fun’ is often derived from the lack of order. Like iMessage letting users drop stickers anywhere on a chat thread or our old pal MySpace, who let its users edit their page’s CSS ad nauseam. Those product decisions are widely considered fun because they’re chaotic. They appeal to the child-like aspiration that the world isn’t actually a set of interconnected systems and rules but a vast landscape of undiscovered possibilities to be explored in a seemingly infinite amount of time.

The trade-off, of course, is that fun isn’t efficient. In fact, fun is the opposite of efficiency. Fun is what happens when you lose track of the destination. If we think of digital products as tools that must optimize for the fastest and most intuitive way to accomplish a task, then we are talking about sacrificing fun and serendipity in favor of efficiency and productivity.

That’s the paradox of the Fun Designer. The more efficient and scalable a product is, the more predictable, un-fun —and oftentimes successful — it becomes. How might we balance the opposing forces of fun and efficiency?

Perhaps a good analog for fun in product design is Wabi-Sabi. If you’ve never heard of Wabi Sabi before, it’s a Japanese world view that stands in sharp contrast to the hyper-polished modern aesthetic that most designers love today. It’s centered around the acceptance of transience and imperfection.

Characteristics of wabi-sabi aesthetics and principles include asymmetry, roughness, simplicity, economy, austerity, modesty, intimacy, and the appreciation of both natural objects and the forces of nature.

In the context of interface design, the “force of nature” is the human controlling the interface. If pixels are people inhabiting the Earth, the user’s thumb is the almighty weather himself. “Appreciating the forces of nature” in an interface means letting go of the rigidity in the systems that govern its pixels. This can introduce a sense of unpredictability and fun into an otherwise dry experience.

Another contender for fun is the resurgence of Brutalism in product design. Like Wabi Sabi, Brutalist Product Design is unapologetic about its imperfections and it revels in its chaos. Although the original brutalist goal was to prioritize function over form, it is so contrasting with the way interfaces are expected to be designed today that it almost has the opposite effect.

In Brutalist design, form takes a lead role but it does so without any attempt at perfection. Instead, it is so raw and accessible that it becomes inviting for anyone to experiment alongside it. This participatory quality to the design introduces an element of exploration, wonder, and…fun!

Products that give users the license to create chaos are fun. This is true in Virtual Reality as well. During my time at Facebook VR, we spent countless hours designing meticulously organized systems for interacting with virtual objects, then regularly brought people in to test our work. What was the first thing people did when interacting with a virtual object in VR? They grabbed it, tossed it, and laughed. If it broke, they did it again but maybe more enthusiastically. They created chaos seemingly as a rebellion against the order in the real world and in doing so, their faces turned from a skeptic frown to a joyful grin.

Fun is best achieved through interaction

What better way to appreciate the forces of nature and resist convention than by relinquishing control of your interface to the whim of the user? If a serious product is a hammer, a fun product is Play-Doh. Empowering users to touch and manipulate everything to express themselves fully — that’s where fun can be truly unleashed.

A fun product is one where the user doesn’t have to ask for permission to interact with it. That means, no explicit modes or state changes to “enter edit mode.” The product reacts to the user’s touch and adapts its interface accordingly. Want to drop a sticker in the middle of a message? Sure! Want to use a glitter background to bedazzle your homepage? Go for it! Don’t know how to accomplish something in the app? Poke around and see what happens until you find what you’re looking for!

So how do we create fun products? Well, the trick is to design systems that account for chaos: introduce users to unbound interaction and then walk them back into systematic order. If your goal is to introduce fun into a product, how will you account for chaos?

Add your email below to get the latest delivered to your inbox.